Hubby: I am hungry… I feel like noodle soup today!
Me: Wat da Pho?!
Hubby: What? I said I feel like… OHHHH Wat Da Pho! I thought you said something else… 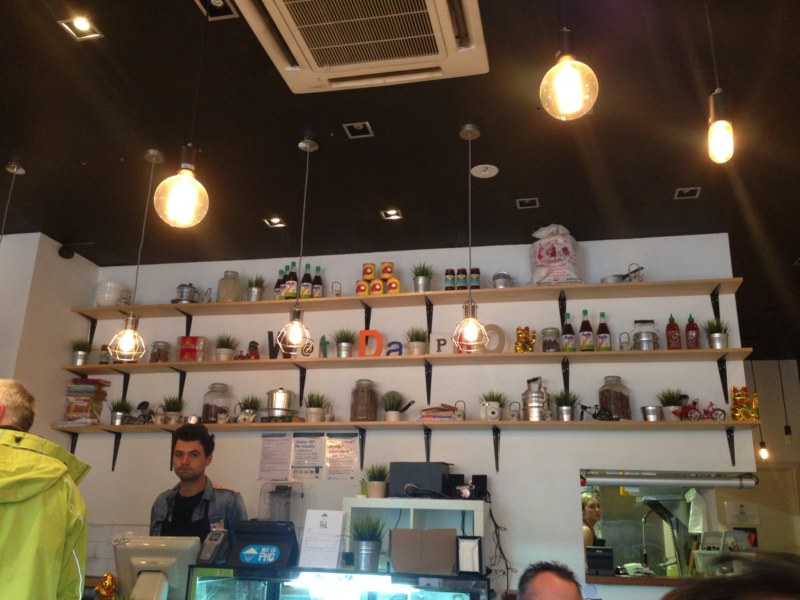 So here we are, at Wat Da Pho, me pondering what to get and hubby already knows: Pho ($9.8) of course!

To be honest, the menu is a bit confusing. It’s in kinda Vietnamese with fun words in between, bold fonts and non-bold fonts jumbled together. I didn’t know where one dish starts and one dish ends. Finally I gave up and ordered Pho also, with the beef fully cooked with frozen coconut juice $3.5. 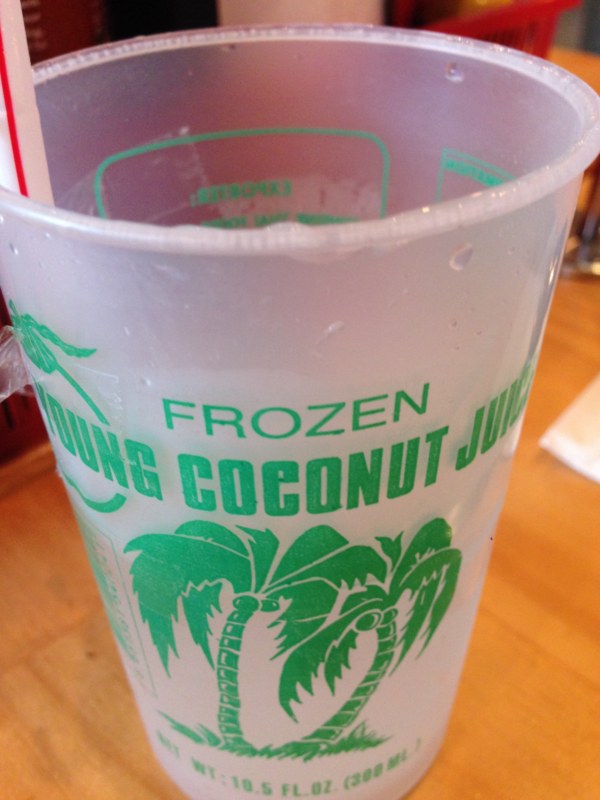 I was expecting actual frozen coconut juice, like a slurpee but fair enough, I suppose the name of this thing is called frozen coconut juice, but having had this in other Vietnamese restaurants they would at least give me some ice.  This is kinda half cold only.  I think next time I might try their smoothies- they got avocado smoothie for $5.5! 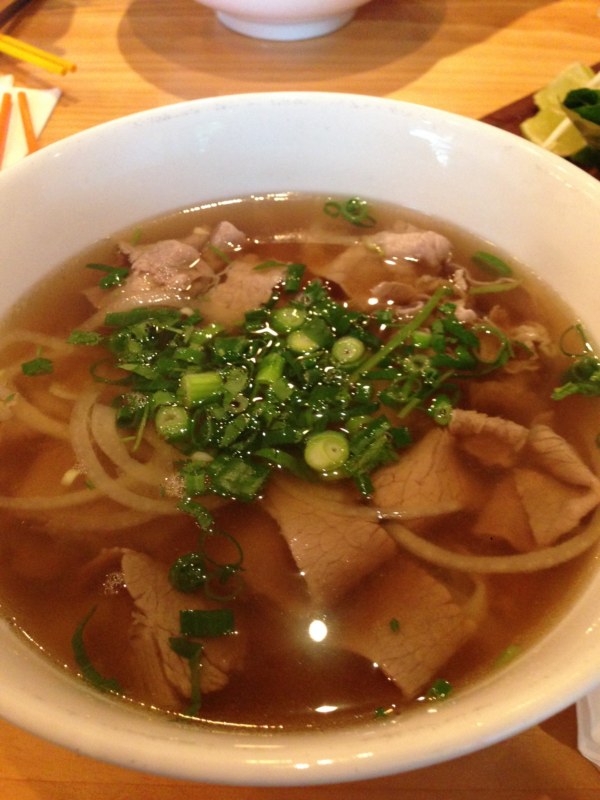 We piled the condiments (well except the bean sprouts for me) into our soup, hubby used most of the chilli because, hey, Westerners in the kitchen, how hot can the chilli be?  Well, let me tell you- it’s Phoking hot 😛  Sweat poured down Hubby’s face.  Ohhhh yeah, that was some awesome chilli baby.  Bring it on.

The soup:  supposedly no MSG (and we weren’t thirsty afterwards) was very nice, the noodles was silky smooth.  The beef was OK, my fully cooked one and hubby’s “rare” beef was not that different, it all looked very cooked to us.

One thing to note: the portion size was tiny.  Above is ALL the noodles we got from the $9.8 bowl.  It felt less than satisfying to have two slurps and it’s all done.  I really wish they would at least give me some more noodles.  Or have the option of adding $1 for extra noodles or something.  All these soup has gone to waste.  Another slightly disappointing thing is that with the price point and the decor, the service wasn’t great (the waiter shouldered me away instead of giving way to the preggi lady!) and the floor was dirty was bits of serviettes and bean sprouts.

Post update:  We visited Wat Da Pho again tonight (I did say we will be back!) and we ordered the same thing with an extra serve of spring rolls $9.  It tasted just like the ones we had in Victoria street- freshly deep fried and deliciously crispy.  I like it how they served it with a side of Vietnamese mint… not too sure whether that’s traditional but I quite like it that way. 🙂

One thought on “Wat Da Pho”