It’s 2:30pm and there was a queue out the door.  WTF?  Well, this IS currently Melbourne’s favourite ramen place, would I expect any less?  But sadly I had to rush home so I had to give it a miss.

However the very next day I managed to get to the city relatively early, and even though the website said Hakata G is open from 12 noon I decided to try my luck.  BINGO!  They are actually open from 11:30am and it was only 10% full!  Yes!

The friendly waitresses and chefs all greeted me heartily and I was promptly given a menu and an order form.  I love it how you can customize the broth, the chewiness of your noodles amount other things.

I felt like something light so I ordered the shio ramen (salt based) with extra firm noodles, normal broth, extra seasoned egg (well there is none in the actual shio ramen!!) and black fungus (veg intake) 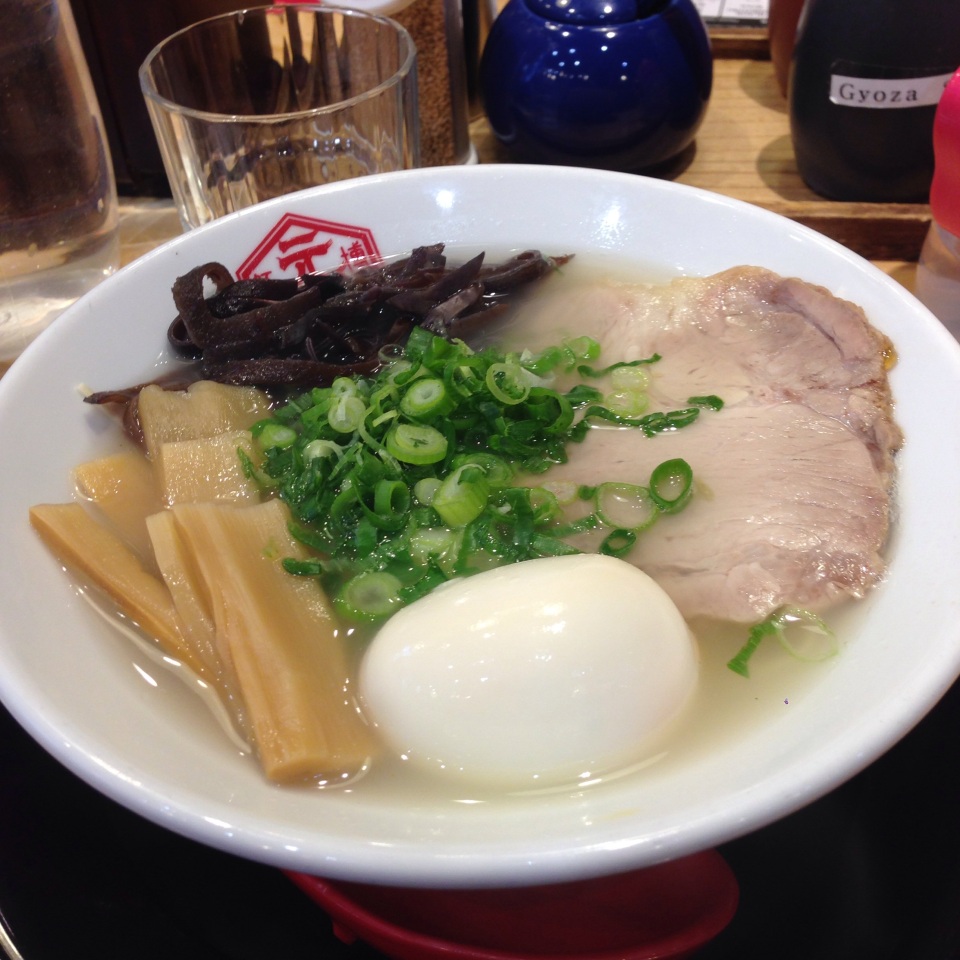 When the ramen came out the first thing I remembered thinking was gosh it’s so tiny!!!! The next thing I thought was can I order some sides?  But no, this place is cash only and I only got $20… With the extra topping this ramen is already pushing $20.. Sigh!

A quick sip of the soup revealed a very clean flavour.  This is simplicity done well.

The noodles are thin white ones and whilst it was al dente at first it quickly became a little bit mushy (in my standard).

The pork was flavoursome but by no means melt in your mouth and while the egg looked any boiled egg of the street I did notice that it was seasoned.  Or maybe it was the soup that flavoured the egg?

Overall it was one of the better ramen  I have eaten in Melbourne, but it’s still not as good compared to what I had in Asia that’s for sure.

I walked out amoungst the boisterous goodbyes feeling ever so slightly hungry and $17 lighter.